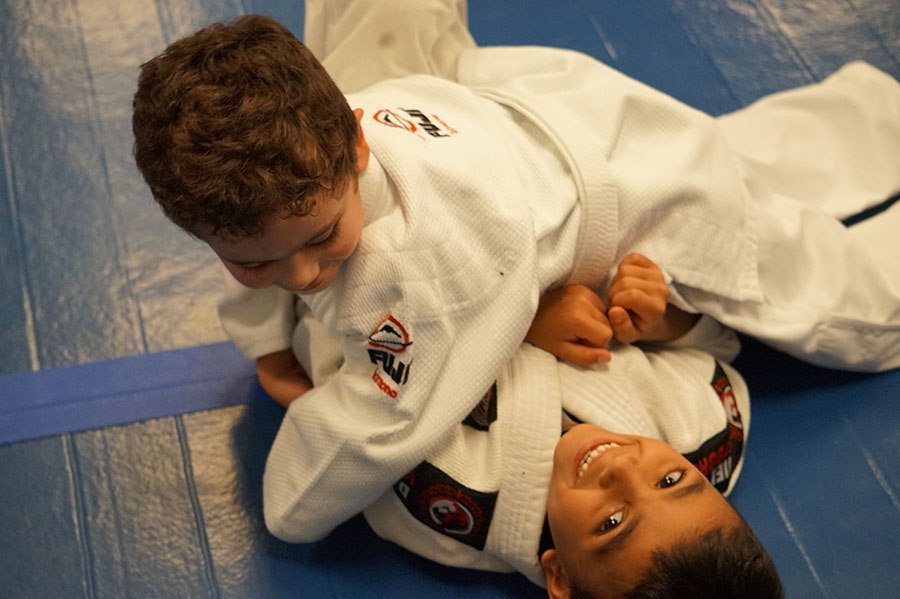 It’s a question that’s on every parent’s mind when they bring their kids to martial arts: “Will martial arts for kids make my child more violent?” It’s a legitimate question, and one that we understand parents asking.

Kids Martial Arts Are About Restraint

Kids Martial Arts Are About Listening

n order to learn, kids must be able to listen. When our instructors are talking, students will fall behind if they don’t listen, and then they are at a disadvantage when they are on the mat. We teach and expect everyone to remain calm during the instruction period so that they can listen and learn. Don’t be surprised if they start doing better in school as well, since they’ll be accustomed to listening more intently.

Kids Martial Arts Is About Respect

By teaching proper levels of calm, restraint, and respect, your child will find a new level of control that you didn’t think possible. Read our page about kids martial arts here to learn more, then sign ‘em up!